Home›Industry News›Monsoon in Manchester: months worth of rain in one evening 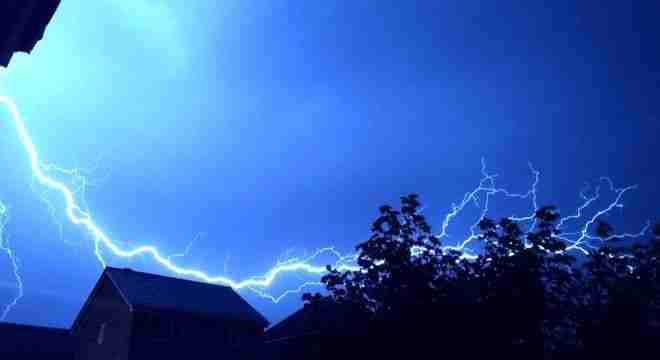 Monsoon in Manchester: months worth of rain in one evening

All across Manchester and the surrounding areas, thunder and lightning hit with a vengeance. Months of rain fell in a matter of hours causing mass flooding, and that was just the beginning of the weather nightmare that occurred – and the City match being cancelled was the least of everyone’s worries.

In the city centre of Manchester, trams were drawn to a halt and Market Street resembled somewhat of a shallow lake. Stores such as Harvey Nichols were victims of the flood and staff were seen swishing through the ground floor of the building. The Arndale staff were left to clear up patches of water, however, it wasn’t hit as badly as areas such as Stockport and Ashton.

The supermarket, Asda, was said to have been two feet deep in rainwater and all the drains were blocked.

Swimming home from work wasn’t what the people of Stockport had in mind, yesterday, however the local train station was under water making it near impossible to walk through.

Houses and other shops are said to be spoiled, also. When dealing with floor damage, specific acts need to be put in order.

First of all, mould can begin to grow pretty fast on materials so remove high moisture-retaining items such as furniture and carpets as soon as possible.

The water must be extracted from the premises and pumped out gradually. Also, sand bags are beneficial around doors to help reduce more water seeping in.

To eliminate the musty odours and prevent mildew and mould growth further, dehumidifiers extracts excess moisture from the air. Place them in an affected room with the windows and doors closed and allow them time to reduce the humidity before restoring the indoor air quality completely.

If you’re in need of supplies when recovering a flood, here at PAL Hire, we have products to hire such as dehumidifiers and skips, and materials to purchase like sand to help the aftermath of flood and water damage. Give us a call today on 0844 288 7265 and our expert team can quote and help you out.