It’s Friday, August 3rd, 5:30pm. The crowds are gathering. Excitement has reached fever pitch. A year in which we’ve had the Royal Wedding and the World Cup Final, this event would be head and shoulders above everything else. This was PAL Hire’s Summer Extravaganza.

For purposes of our blog and social media, I was allowed early access to the area, where the hardworking directors and staff had created a beach area, dining area, and were awaiting equipment that was to be set up.

The Calm Before the Storm

In my role as blogger, I’ve taken it upon myself to ensure I am as impartial as possible when it comes to promoting the internal ethos of PAL Hire as I strongly believe our team does an excellent job of presenting this ethos when speaking to our clients and suppliers over the phone.

I’ve been to several Christmas and Summer parties, but this is the first time family has been invited. Still being relatively new to the organisation, I’ve been very impressed with the family feel of PAL Hire, and this is another example of how families comes first at PAL Hire.

It was an almost strange feeling seeing our account managers, hire desk team, and finance team walking to the meeting point with their children, partners, and one person even brought their dog. 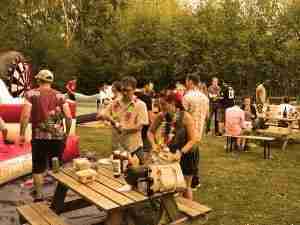 Party is in Full Swing

The children were a little taken aback by the fact they were seeing an actual beach with sand and beach balls and a pool on the grass, so it did take a little while for them to get accustomed. The adults on the other hand where excited about spending time at the beach and could not control themselves from wanting to build sandcastles. As we all know, and have seen at beaches on holiday, one man’s sandcastle is another man’s invitation to destroy the castle. 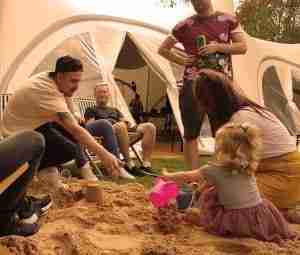 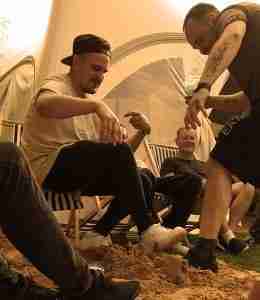 Most individuals such as I attend parties for two reasons: food and drink. The drinks were flowing as we eagerly awaited the arrival of the BBQ. When it was wheeled to the area, it was met with a loud cheer. Everyone knew what was coming. Sausages, burgers, peri peri chicken, the BBQ was a foodie’s dream. It can be taken on good authority the food was amazing.

At around 9pm, the children were being picked up by grandparents or aunties and uncles as their parents wanted to stay at the party for a little longer. There have been reports of children being unhappy at leaving due to the environment and friendly nature of the party. Some families departed early, with glowing comments about the friendliness of PAL Hire’s staff.

In some parts of the world it is said when the sun goes down, the animals come out. In PAL Hire’s case, when the sun went down, the dancers came out. The DJ was playing head-banging music, and everyone was having the time of their lives. People were air guitaring, break dancing, we were almost going to have a dance off, but the DJ skipped songs. 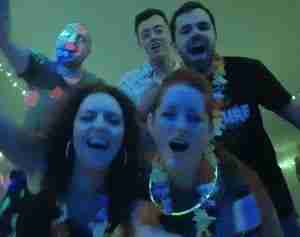 By the end of the night, only the diehard dancers were left. The herd had thinned, but I managed to catch the moment of the night. If you ever question the mentality of the PAL Hire team, the ethos of the company, and the close knit community that has been created within four walls, the below is proof that PAL Hire is all for one and one for all. 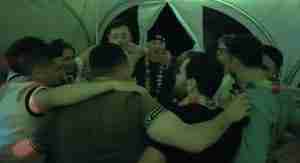 We Are a Team

An amazing party ended on an excellent note. PAL Hire would like to thank everyone that attended, and we hope you enjoyed your evening. There will be more photos on our social media sites.
PAL Hire Summer Extravaganza 2018 was the party of summer.

Now, we’re all awaiting the next party as it will be bigger, it will be better, and it will be a great chance for me to show you exactly what it means to be a part of the PAL Hire family.