Home›Articles›Plastic Around The World – The Impact of Waste

Plastic Around The World – The Impact of Waste

Finally, the world is beginning to realise the problem with plastic and make a change. A number of cities around the world are putting laws into place to reduce the amount of plastic being dumped into the ocean.

Rwanda was the first country to ban plastic bags completely in 2008. Being caught carrying a plastic bag in Rwanda can land you with a prison sentence, although that doesn’t happen too often. Most offenders find themselves with a fine of 50,000 Francs (around £43). Rwanda plan to continue their quest to become the world’s first plastic free and being completely sustainable by 2020.

Kenya has the worlds harshest plastic bag ban. From August 2017, anyone in Kenya found using, producing or selling plastic bags can face up to 4 years in prison or a £31,000 fine. 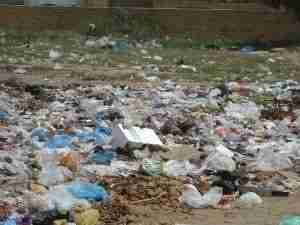 Canada put a full stop to the use of plastic microbeads in January 2018, although they are still allowed to be imported and manufactured for non-prescription drugs and certain health products till July 1st. This change comes from research findings that found there were 1.1 million microbeads per square kilometre in Lake Ontario. Montreal have taken it one step further banning all single use plastic bags. From June 5th, first time offenders will be punished with a $1000 fine for individuals and $2000 for businesses. Before this ban, Montreal found that they were using around 2 billion plastic bags every year, with only 14% being recycled, so this new rule could have a great impact on the environment. The city of Victoria has also announced the ban for July 2018. Canada is really making some great improvements.

Some US states are also making brilliant steps in the right direction. Malibu banned the sale, distribution and use of single plastic straws, stirrers and cutlery to begin 1st June 2018, with the beaches and ocean the key focus. Seattle tested a ban on plastic straws in September 2017 with a city wide “Straw-less in Seattle”, involving more than 100 restaurants, major sporting organisations, airports, aquariums and more. The success of this encouraged a ban of not only straws, but plastic utensils also starting July 1st, 2018. New York have begun the considerations of banning plastic bags in grocery stores and other retailers by the end of next year, but there are exceptions for specific items such as produce bags, take out bags and bags for both rubbish and food waste.

In July 2016, Morocco banned the production, importation, sale and distribution of all plastic bags across the country. Before they decided to do this, 3 billion plastic bags, or 900 bags per person were being used each year. This would have been a tremendous impact on the environment, especially when we consider that only 9% of the plastic used since the 1950’s has been recycled.

We all know New Delhi is a massive city in India, with around 20 million people living there. New Delhi was found to have the worst air quality out of 1600 cities that were analysed, many complaints suggested that this was caused by the excessive illegal burning of plastic at rubbish tips. This analysis encouraged New Delhi to ban all forms of single use plastic in 2017.

France became the first country in 2016 to announce a complete ban of plastic cups, plates and cutlery to be put into place from 2020. It followed the countries ban o plastic bags in 2015 in the attempt to transform France into “an exemplary nation in terms of reducing its greenhouse gas emissions, diversifying its energy model and increasing the deployment of renewable energy sources”.

Hamburg must have one of the most unique plastic bans so far. In February 2016 they banned non-recyclable coffee pods. Many of these pods can’t be completely recycled and those that can use a lot of energy due to their complicated design. The reasoning for this random ban was due to billions of these plastic shells piling up in landfills each year.

Australia is one of the largest waste producers in the world, second to the US. They use approximately 5 billion plastic bags a year. This encouraged South Australia, the Australian capital territory, Tasmania, and the Northern territory to have a state-wide ban on single plastic bags and Queensland is set to follow in July this year. Coles and Woolworths, two of Australia’s biggest supermarkets, have announced they will phase out single use plastic bags by mid, 2018 for customers in Victoria, New South Wales and Western Australia.

Zimbabwe announced a total ban on expanded polystyrene (EPS), a styra-foam like material used for food containers that take up to 1 million years to decompose in July 2017. Using these types of plastic can hit you with a fine of £30-£500. Not worth it if you ask us.

Taiwan’s February 2018 ban on plastic bags, straws, utensils and cups is probably the farthest-reaching ban in the world. The ban extends from existing regulations such as a recycling programme, and extra charges for plastic bags and should be completely in place by 2030.

Lastly, our very own country, the UK. In January this year, Theresa May announced a 25 year plan to “set the global gold standard” on eliminating plastic waste. The first step is to eliminate microbeads, tiny plastics that appear in products such as body scrubs, face washes, toothpastes and cleaning products. Microbeads end up in the ocean where the fish eat them, putting them back into the food chain. Not only is this incredibly harmful to the fish, but it can be for us also if we eat the fish. The 2015 plastic bag tax saw a great impact, resulting in 9 billion fewer plastic bags in circulation. This has encouraged a ban on plastic straws, stirrers and cotton ear buds for later in the year.

PAL Hire have excellent prices on licenced water carriers to ensure that waste is disposed of in a responsible and environmentally friendly manner. Also, when it comes to waste removal, we use companies who divert larger percentages of the waste they handle from land fill. Using PAL Hire for all of you waste removal needs could encourage a little more help to our planet. Call us today for a waste removal quote and know the good you’re doing for our oceans.

According to the Ellen MacArthur, there will be more plastic than fish in the sea by 2050 if no changes are made. For years we have been hearing about how much humanity is damaging the ozone layer, but now the ocean too. Now more than ever we need to make as many changes as we can to go plastic free, not only to save the fish and the planet, but to save ourselves.