Snow is on its way 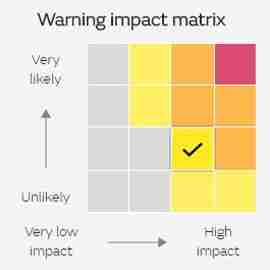 Today  the Met office has issued Yellow Warning of Snow and Ice for the following Areas from 00:05 this Friday the 8th of December to Saturday the 9th of December 2017:

Yellow warnings explain that snow showers are expected and become increasingly frequent over the areas mentioned. This varies to 2 – 5 cm of snow being likely for some and 10 – 20 cm of snow possible over high ground mainly Scotland, Northern Ireland and Wales. Icy surfaces are also likely to be some additional challenges. Obviously, there is a fear of drifting and the usual challenges that are prevalent because of snow and ice. The other aspect is the potential for thaw and localised flooding which can occur and cause difficulties to power and day to day getting around. Looking at the Met Office Impact Matrix, we are looking at a likelihood of snowfall causing high impact.

Whilst the thought of the white stuff falling in December fills many with happy thoughts the practical aspects behind such weather are often not considered until the last minute.

Associated challenges with snow and ice

There is always going to be the risk of localised flooding shortly snowfall due to sudden thaw or a moderate change in temperature. The initial cold snap weather is bad enough causing gridlock on the roads and rendering local paths and byways treacherous. Whilst we are a nation obsessed with weather, the Met Office is adept at reporting the weather – you can always depend on your closest friends on social media to report the actual weather. So now is the time to listen and see what is going on locally, this may help you decide if making a journey which is non-essential is necessary or a potential risk. At Christmas there are tens of thousands of journeys which simply must be made, this is due to countless courier firms delivering orders which have been purchased on line. 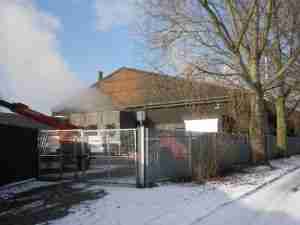 Small business and factories can look to hire snow plough attachments for telehandlers if they are looking for a short-term snow clearance solution or we can look at providing tractors which can be accessorised to provide additional snow clearance capability. The onus must be on safety. Everything in the UK works slowly when there is a risk of snow so allow for longer journeys to and from work for workers. Some suppliers may also encounter challenges getting to you, which could have an impact on off hiring equipment. Distribution planning is key when the weather turns.

Our Christmas Deadline for Off Hiring Equipment

PAL Hires deadline for off hiring equipment (guaranteeing collection) before the Christmas break is this Friday 08/12/17. Which falls during this weather event, so if you plan to have your equipment collected before Christmas call the support team on 0844 288 7265

The ability for local authorities to cope with budget restraints in the current economic climate is often questioned as clearing activities puts a logistical strain on operations. Priority for road clearance is given to main routes in a bid to keep traffic flowing, the highways agency will have already taken care of major motorways. But when clearance is at a local level you may need to be careful when negotiating side streets in our towns and cities.

In the eventuality of prolonged snow, schools will be disrupted, employees may not be able to get to the office, on a whole snow can be a bad thing for the UK economy. It is paramount to build contingency into your business plans and strategies to make life easier for you. Adopt a flexible approach to starting hours, rely on digital mediums of communications (Get customers to email in) respond to what you can in priority. Plan for additional heating in exposed work spaces, clear forecourts/yards and anywhere that has traffic. If you have a high energy demand, look to build power reserve capability with an occasional hire of a generator to satisfy your business needs so you do not lose mission critical services.

If there is localised flooding anticipated because of snowfall (you will have likely to have experienced this in your locality) they you can prepare for this. If power is needed, then we can provide emergency power to keep you on track.

Contact the team at PAL Hire to discuss any hire requirements you have in the coming weeks.