Home›Articles›Tower Lights a Tale of Some British Men, Light Bulbs and Beards

Tower Lights a Tale of Some British Men, Light Bulbs and Beards

Common sense dictates that when the nights draw in towards the end of the year, the light fades. The risk of accident and or injury on site increases. That is when light towers come into their own on building sites, large construction sites, road works and anywhere burly men swing pickaxes or fiddle the lever of an excavator. There is such an interesting story attached to light bulbs and L.E.D’S (light emitting diodes or LEDS). The fact we have lighting towers for hire is great, but the story behind it all is mesmerising.

It involves a gaggle of chemists, some really clever bearded Brits (one is a Bearded Knight) and some other folk who paved the way to safer working.

As the country adopts smart motorways occasionally you will see workers lit by what appears to be vast but miniature bright ‘sun on a stick’. When you overcome that the sign did say “someone’s Mum works here”,  you will be pleased to know those huge luminous (apparent incandescent) globes (portable tower lights) are in fact high powered LED Balloon Tower Lights, developed to provide the ultimate task lighting for roadwork crews.

Regardless of the task, tower lights are all about a balance of light and safety. Well… cost, light and safety. In the world of tower lights; not one light suit all. There are a variety of tower light options to match your lighting requirements. You do not have to work on a motorway in the dead of night to hire a tower light from PAL Hire. You could be working in an industrial unit, shopfitting or refurbishing to meet an important client deadline. You could require additional task lighting where you would need a back of tower lights to keep multiple assets secure sprawled over acres of land. In which case the technology is in your favour to provide you with a tower lighting solution to meet your needs.

Depending on the task at hand your Tower Light Hire needs to fit remit. Here are some of the different Tower Light Types:

This is the bit of the article where the patriotic British Author smirks as his research revealed that the idea for the light bulb was that of an English Chemist called Humphry Davy some 200 years ago. He was a clever bloke who also identified that the proposed technology would have a problem balancing incandescence and longevity of the material that is burning. 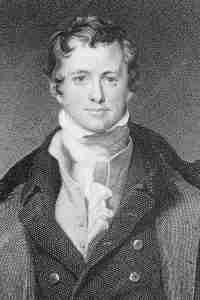 Meanwhile 100 years or so later another British chemist chap called Joseph Swan who had a magnificent beard. Joseph Demonstrated to a viewing public the first commercially viable carbon light. He famously lit up London’s Savoy Hotel – he got himself a Knighthood for his magnificent beard (we may have made that reason up). Alas his bulb tech suffered from the problems identified by our friend Humphry (who didn’t have a magnificent beard) 100 years before – they did not last long before burning out.

It was a year later in 1879 that some US boffin who (you may have heard of) called Thomas Edison came up with a carbon filament light bulb that finally solved the problem of the filament burning out. It was another British Chemist (we are a nation of Chemists don’t you know?) with his classic British name: Warren de La Rue who had solved the problems with incandescent bulbs some 40 years earlier. Although he was a partially bearded chemist, his idea was to use thin – high resistance filaments to achieve the brightness and delay burnout by sealing the filament in a vacuum to prevent the metal achieving melting point.

Although Edison remains the person we appear to thank for light bulbs (we still use his format for screwing in light bulbs Edison Screw abbreviated to ESW – the VHS of Light-bulb design). His legacy is supported by a league of British chemists, with a variety of beards.

Leap forward to the swinging 60’s. Yes, think Woodstock, flared trousers, flower power, female contraception and those round sunglasses as sported by John Lennon. Whilst all that was going on an American Scientist Nick Holonyak was tinkering in his lab trying to create a laser – he did not have a beard but was tinkering all the same and although he was not British, we think was a pioneer of an amazing technology. Nicks tinkering involved the use of adding electrical current to semiconductors and observing that some of them glowed when the current was applied. He had discovered Light Emitting Diodes.

If you or your parents had any electrical devices in the 1970s / 80s or 90s you will have noted the LED use. Whilst LEDs or Light Emitting Diodes were patented by Holonyak in the use for a light feature. That little red LED light that indicated the power was on your old record player or square TV was the cutting edge of LED technology. Boffins would eventually go on to crack the creation of yellow, and green LEDS and the use of LEDS expanded.

But the world was not to change until a team of crack scientists from Japan (and America) solved the illusive problem with LEDS – Blue. It was not until the 1990’s that Isamu Akasaki, Hiroshi Amano and Shuji Nakamura solved the blue laser diode issue by coating a semiconductor with phosphor. None of this latest batch of boffin types had or potentially could grow a beard – but they had created something which could change the world. Humanity could be guided away from incandescence and use safer light emitting diodes – light after 200 years of development and research had became safe. 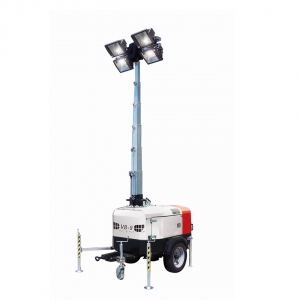 It may have been decades since Holonyak discovered the marvel of LEDS, the technology of LEDs has evolved to help us reduce the cost of light and some fantastic innovations have followed. The impact on the environment is less, the light is brighter. More can be accomplished with LEDS. From the LED screen on your desk, the 50 inch LED TV, to the tower lights you can hire from PAL Hire. It has been a journey where some of use feel that the technology of light emitting diodes and light bulbs has finally caught up with the digital revolution, we have encountered over the past 20 years.

We skipped the bit about Metal Halide lamps invented by German Born Electrical Engineer, goatee sporting Charles Proteus Stinemetz. Or the Halogen Lamp as invented by Messers Fridrich and Wiley in the 1950’s neither of whom had a beard.

Light is now low powered and flexible. Enabling robust applications of light which soon will be taken for granted like sliced bread, beard trimmers or for the lucky ones, clean water.

Now we put this low cost, easy to power technology up towers to put light on the matter. The subject of that matter is your roadworks, your construction project and ability to stay safe.

A full range of lighting towers are available for hire by anyone regardless of their location in the UK, nationality or facial hair preference. Discover more here.

Time Lapse of Manchester Airport (on YouTube) featuring the reconstruction of one of the airports piers. Check out the use of plant, machinery, welfare and the extensive (but necessary) use of construction Tower Lights (featuring multiple bulb technology).